FOUL PLAY? Constructions in clues which seem to be generally accepted - but do they stand up to scrutiny?

When you’ve solved a lot of crosswords, there are many constructions in clues which you’ve seen so often that you take it for granted that they are valid. In the Foul Play? series we will take a look at some of these, and try to decide whether they constitute fair play or whether in fact they warrant a yellow card (decidedly dodgy) or a red card (unacceptable). Comments on individual posts in the series are actively encouraged, and readers are also encouraged to make their own submissions, either in the form of part-formed posts without analysis (‘I wondered about this construction…’) or posts including analysis (‘…and I think it’s iffy because…’). Submissions will not be immediately visible on the site, but will be modified as little as possible by the moderators prior to posting.

All the published items can be found as posts in the Foul Play? category. 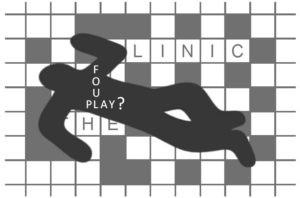 Please use the form below to make a submission to the Foul Play? series.